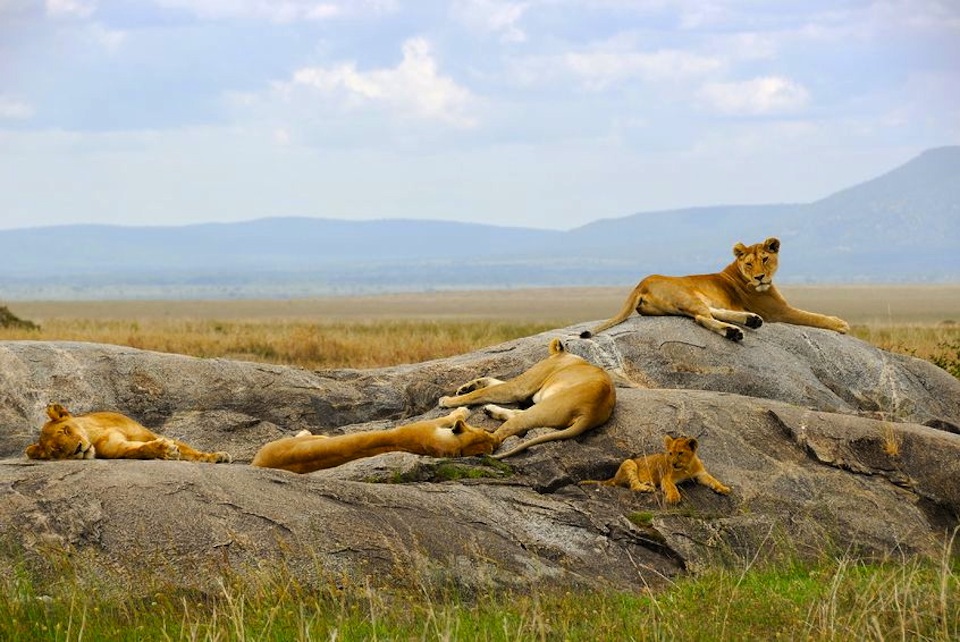 ON SAFARI is an ongoing feature at Get Curious where we bring the safari to you. So grab a map and your compass and let’s head to Kenya, East Africa.

Our first topic is how to track a lion, which may sound simple but in fact, takes experience, skill and know how. So we’re bringing you the short and simple version. But first, a bit about the king of beasts.

Lions are the second largest big cat species in the world (tigers are the first). Most lions in the wild are found in East and Southern Africa. We don’t want to call lions lazy, but they do love a good nap and rest for about 20 hours a day. Female lions (lionesses) are better hunters than males and do most of the hunting for a pride. The average male lion weighs about 400 pounds, with females at least 100 pounds less. The roar of a lion can be heard up to five miles away. Why the roar? For communicating with other lions, establishing presence and claiming territory –– with roars mostly taking place at night because the air is thinner and sound travels further.

Now, on to tracking. These steps are very basic but they’ll get you moving in the right direction.

[Stay tuned for our next safari adventure: Animal Speeds and the Fastest Animal on the Savannah –– and no, it’s not the cheetah.]