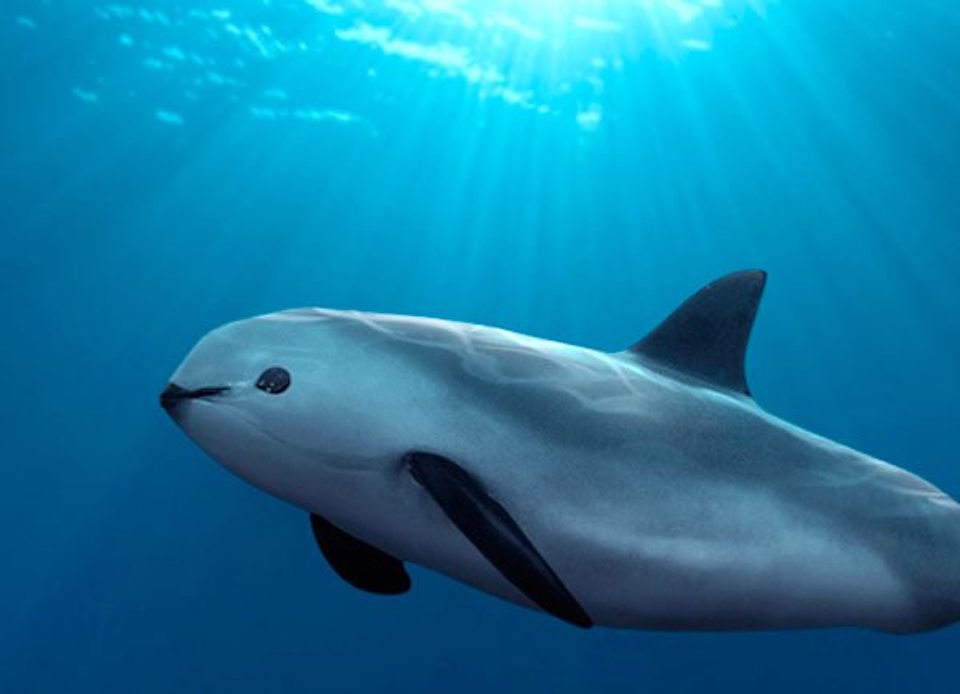 What’s a vaquita? It’s not a drink with an umbrella in it. Nor is it a tightly-rolled tortilla.

Rather, it’s the smallest known type of porpoise in the world, with a face that’s perhaps cuter than any teddy bear we’ve ever seen. Found in the Gulf of California, vaquitas are unfortunately in trouble. Big trouble.

What’s the problem? They’re getting caught in illegal fishing nets and drowning. And this has been happening so often that there are only 30 left in the wild. Just thirty left. In the whole world.

So what’s the solution? One possibility could involve a distant relative of the vaquita, the dolphin. The idea includes a team of bottle-nose dolphins trained to use their echolocation to find vaquitas. Once found, the vaquitas would be moved to a sanctuary, with the goal of increasing their population and reintroducing them to the wild.

But in order for this –– or any other plan –– to succeed, more effective laws need to be put in place to protect this amazing, adorable, and nearly-extinct porpoise.