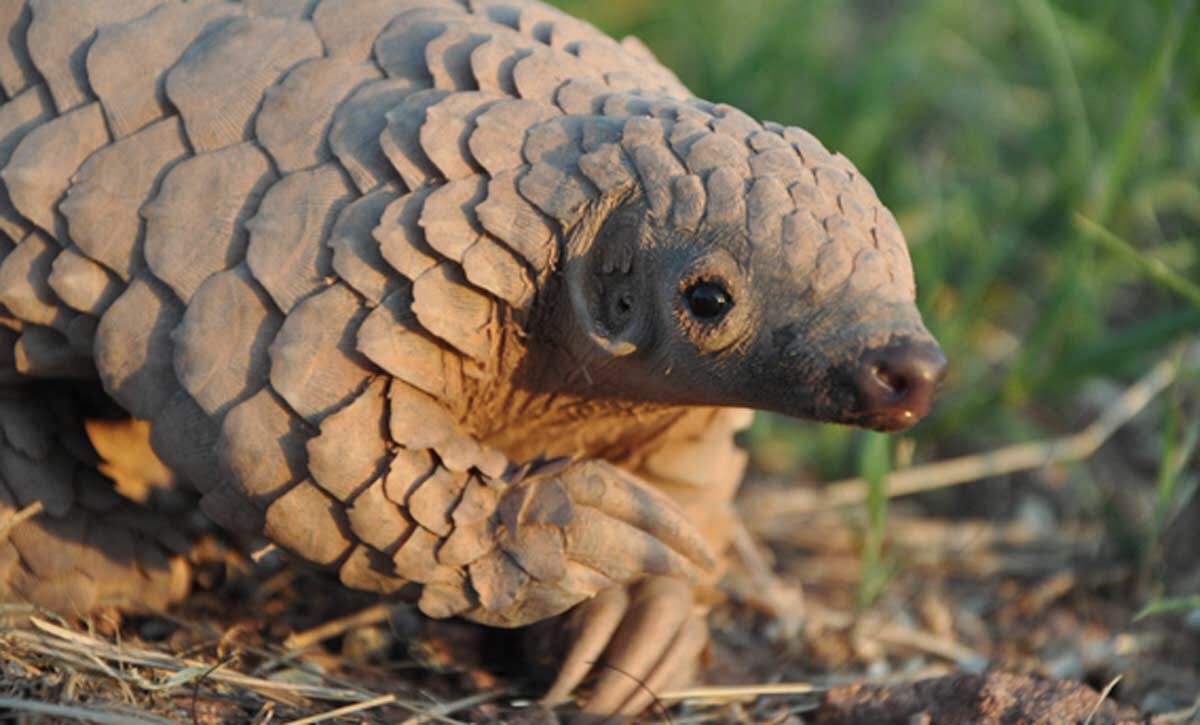 It’s a small mammal. A bit like an anteater, a bit like an armadillo. It lives in Asia and Africa and is perhaps the cutest thing in scales –– especially if you find artichokes adorable. We’re talking about the pangolin.

The most striking fact about the pangolin is that they’ve almost disappeared entirely from the wild. Currently the most trafficked animal in the world, more pangolins have been poached in the last ten years than rhinos, elephants, and tigers combined.

Who’s to blame? Man. Some countries consider the pangolin a culinary delicacy which has caused nearly the entire Asian pangolin population to be wiped out. And their scales are wrongly believed to have medicinal value. Because of that, poachers have turned to Africa where the pangolin is now under huge threat.

So why can’t the pangolin simply outrun the poachers? Because their defense mechanism is their coat of armor –– they roll up into a ball, leaving predators confused and hungry. Sadly, humans simply pick up the balled pangolin and walk away.

Pangolin populations have plummeted in recent years and now more than ever, the situation is urgent.