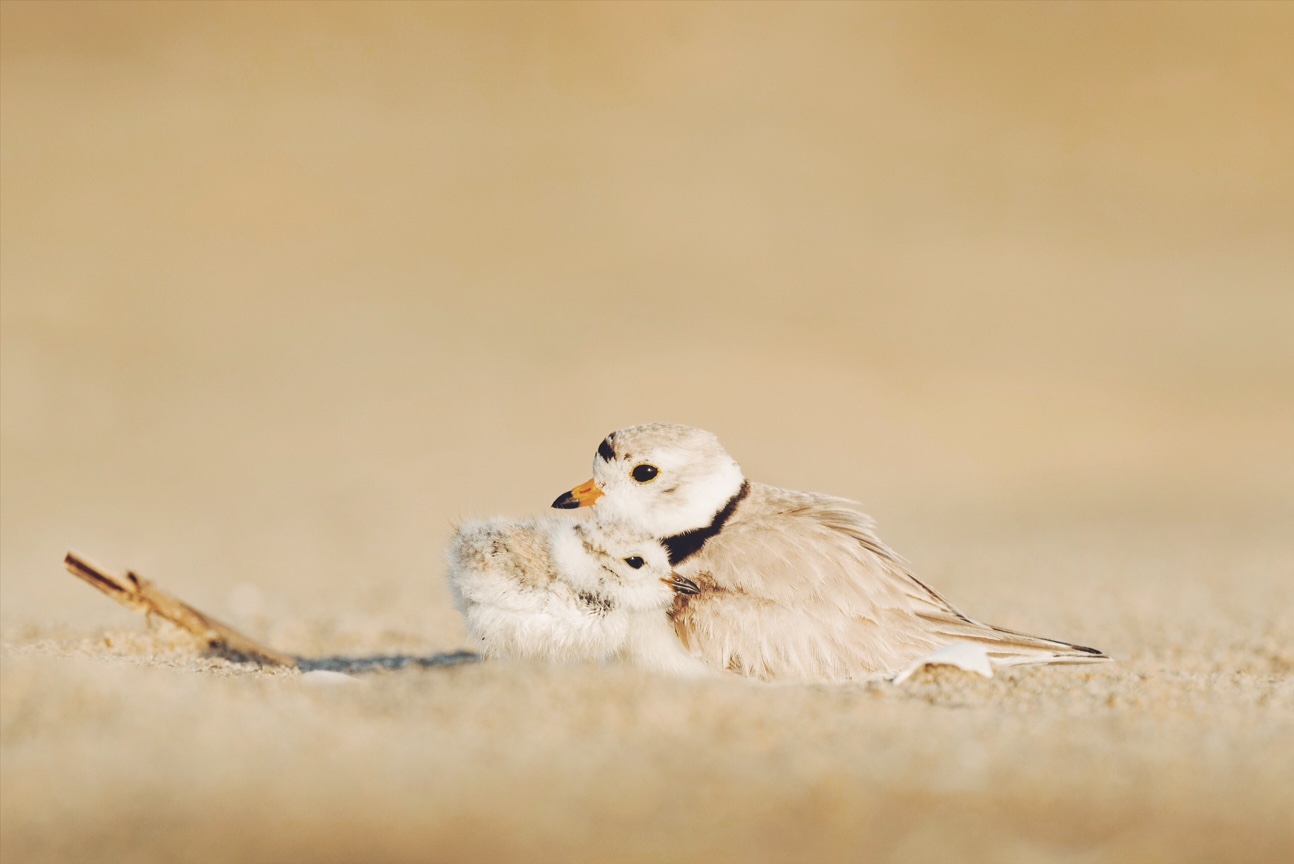 The piping plover, or Charadrius melodus, is named for its wistful, melodic whistle. Small, round, and fairly adorable, piping plovers are shorebirds, making their homes on the beaches of North American lakes and oceans.

Hiding in plain sight, the sandy-colored plover nests in a small depression in the sand. Their eggs (usually four) are a buff color, providing camouflage and blending in with their sandy surroundings. Eggs hatch after 28 days of incubation by both the male and female.  Amazingly, the chicks are able to walk away from the nest the very day they hatch, foraging for aquatic insects on their own. They remain under the care of their parents for about a month –– at which point they learn to fly and leave their nest for good.

With big eyes, a stylish black neck band, and an orange beak, piping plovers are both cartoon cute and sadly, endangered. Habitat loss, human disturbance, and other threats have drastically reduced their numbers. Conservation efforts are underway, with many people and many organizations working together to help this beautiful beach bird recover.