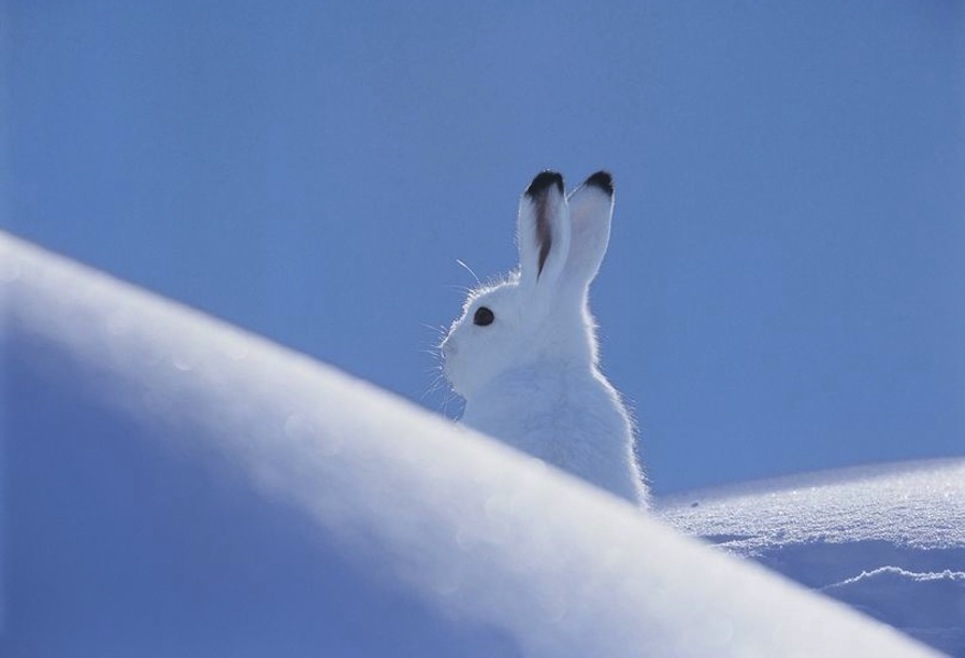 Lepus arcticus: one who leaps and hangs out in the Arctic. Right?

Well sort of. Lepus is actually the genus that includes hares and jackrabbits, who coincidentally are expert leapers. And Arcticus means coming from the northern Arctic. We’re talking Arctic hares.

Also known as polar rabbits, the Arctic hare is an amazingly cool creature with a slew of tricks up its furry sleeve. First and foremost is its color: which changes from grayish/brown in the summer to blend in with the tundra, to a coat of pure white for camouflage in the snow during the winter. Clever creatures, we say.

A few Arctic hare facts: they’re fast and can move at speeds of up to 40 mph (60 km); they’re larger than rabbits at approximately two feet in length; their feet are padded much like snowshoes; they use their strong hind legs to propel themselves forward –– more like kangaroos and less like bunnies; female Arctic hares can have up to eight babies at a time (called leverets); and they have black eyelashes that protect their eyes from the sun’s glare, kind of like sunglasses.

Arctic hares are found in Alaska, northern Canada and Greenland.