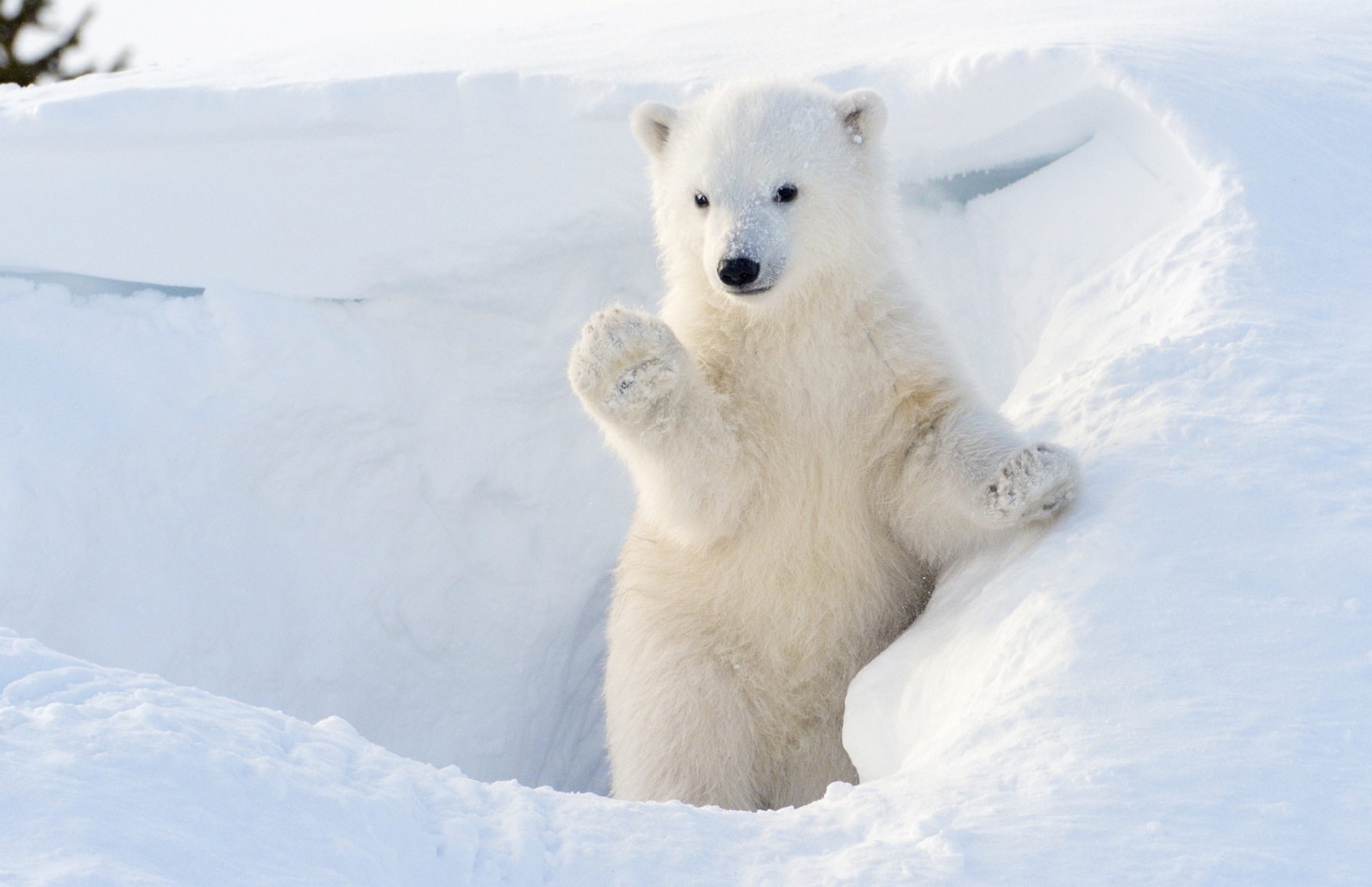 What’s cuter than a baby polar bear? Not much, we say.

A quick rundown on polar bear cubs: they’re born November through January, usually in pairs. Before the cubs arrive, mother polar bears build a den in the snow –– a snow cave –– where she and the cubs will live for the first few months of their lives. In late March/April, they all emerge from the den. The cubs grow quickly in their first year, on a diet of their mother’s milk (very rich in fat) and seal blubber. Cubs remain with their mother until they’re about two and a half years old. It’s during this time that they learn all of their critical life skills, most importantly, hunting.

Polar bears are found throughout the Arctic. Five countries in the world have them: the U.S. (Alaska), Canada, Russia, Greenland, and Norway. Just a reminder that polar bears do not live in Antarctica; penguins do. And baby penguins? Number two on our list of cute, they make us swoon.