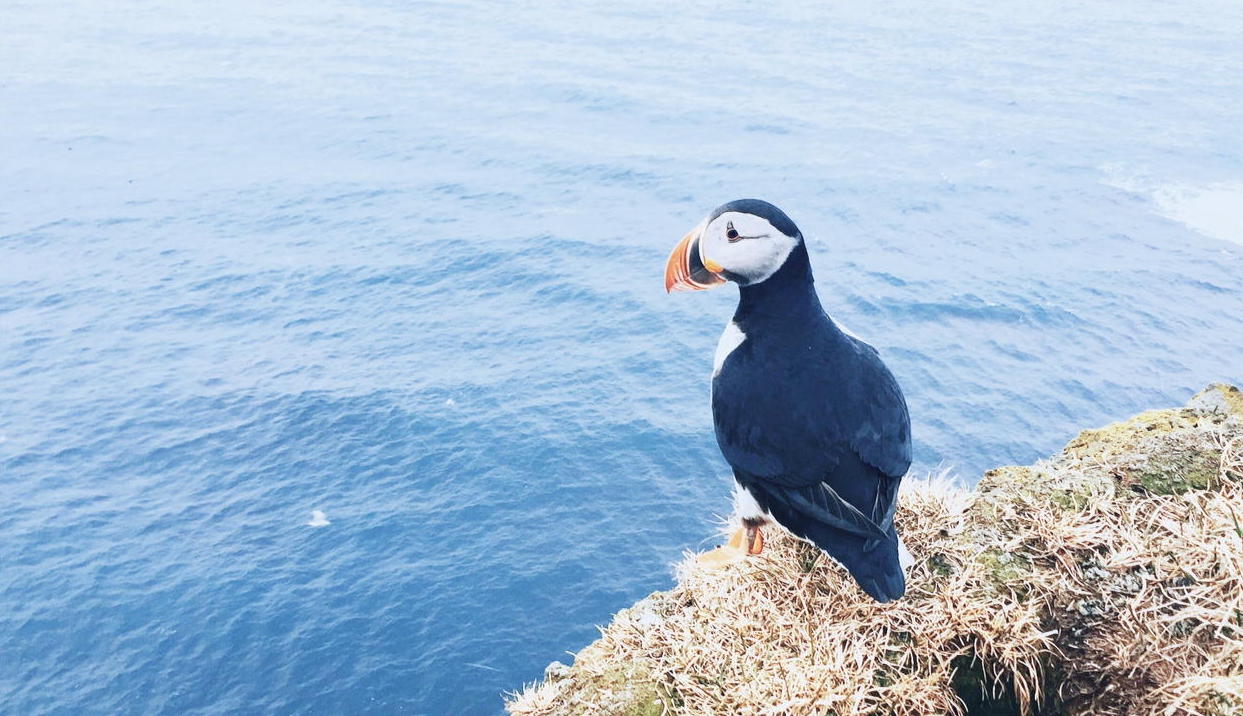 They’re puffy, hence the name. And their strut is more of a waddle. Their signature look is part parrot, part pierrot, and part penguin –– which adds up to one thing: the perfectly precious puffin.

There are four types of puffins, the Atlantic puffin being the most common. Atlantic puffins are found from eastern Canada to the northeastern United States to the west coast of Europe, with more than half a million of them –– the world’s largest population -– living in Iceland.

They have black and white feathers and a large parrot-like beak, which changes from gray in the winter to bright orange in the spring. Puffins are carnivores and live off small fish, like herring. They spend much of their lives at sea, coming to land in spring and summer, when thousands of puffins gather in colonies to breed, pairing up with the same partner each year and having just a single chick called a puffling.

What else? Puffins are expert aviators, flying at speeds of up to 55 miles per hour, as well as great swimmers, able to dive 200 feet in search of their favorite fish. When feeding their young, they can carry up to a dozen or more fish in their beak at a time. Waterproof feathers allow them to stay warm as they float at the ocean’s surface or swim underwater.

Puffins are not currently endangered, yet their numbers are in decline. Their two main threats are overfishing, which can lead to a shortage of the fish they depend on, and pollution, especially oil spills. For more on this exceptional bird, check out Audubon’s Project Puffin here.