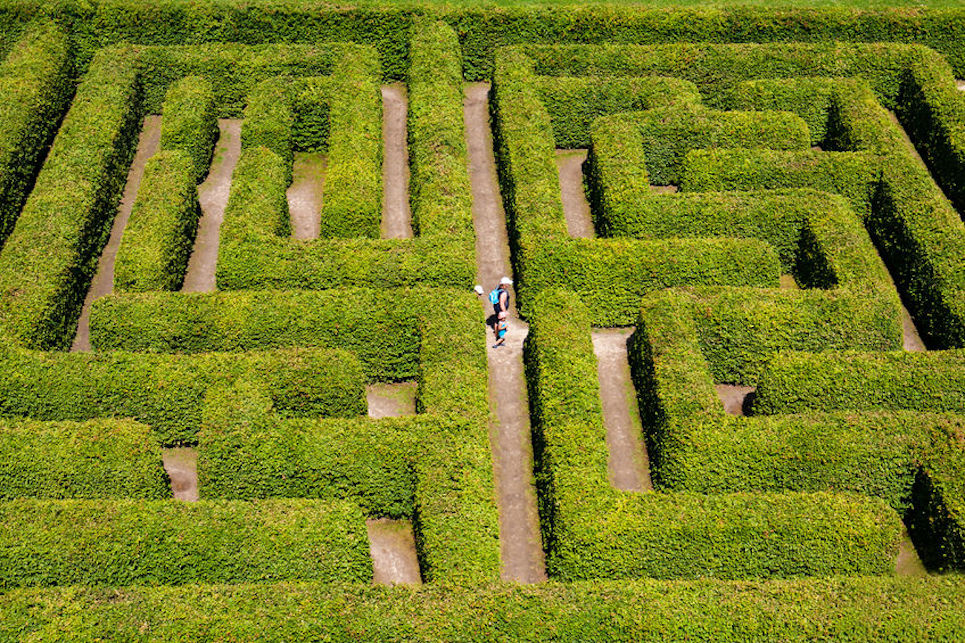 Mazes vs. labyrinths: what’s the difference? It seems confusing to tell them apart but actually, it’s quite simple.

Both mazes and labyrinths include paths and passages, the challenge being to find a way through or out. Where the two differ is that a maze is multicursal, which means that different paths join or separate in a branching network. It also means that the maze may have more than one entry and exit, more than one possible route between the center and the outside.

In contrast, a labyrinth is unicursal, which means that it has a single, continuous, non-branching path or line with multiple turns, but no dead ends or false openings. Put even more simply, a labyrinth is a maze that has no dead ends, and a maze is a labyrinth with many dead ends. Often, and in error, the two terms are used interchangeably.

So now the quiz: which is it in the photo above, a maze or a labyrinth? Note the many dead ends and there’s your answer.