Iceland and Greenland: which is green, which is ice?

Iceland and Greenland: which is green, which is ice?  Sounds like an easy answer because of their descriptive names.  But not so fast.

Greenland is a part of Denmark and is 81% ice. It’s the world’s largest island that’s not a continent. It’s located between the Arctic and Atlantic Oceans. The population of Greenland is just over 50,000, making it is the least densely populated country in the world. During the Arctic summer, the sun never sets.  That’s a whole lot of light.

Iceland is mostly green, with glaciers and lava fields. Located near the Arctic Circle, nearly 80% of Iceland is uninhabited, with much of the terrain consisting of mountain peaks, fertile lowlands, deep fjords, glaciers, waterfalls, geysers, volcanoes, black sand beaches and steaming lava fields. Speaking of lava fields, Iceland is a volcanic island that most recently erupted in 2011, blowing ash high into the atmosphere and snarling European air traffic for weeks.

The answer to which one has more ice?  It’s Greenland.  So when you think of those two countries, remember it this way: ice is green and green is ice.

[If you have access to Google Earth, check out Iceland and Greenland.  Type in either one in the search box and zoom out a bit (or you can just look on a map).  You’ll see that they’re right next to each other, that Iceland is tiny in comparison to Greenland, and that Greenland is almost all ice. Brrrrr. Pictured above on the left are traditional Icelandic turf houses. On the right is icy Greenland.] 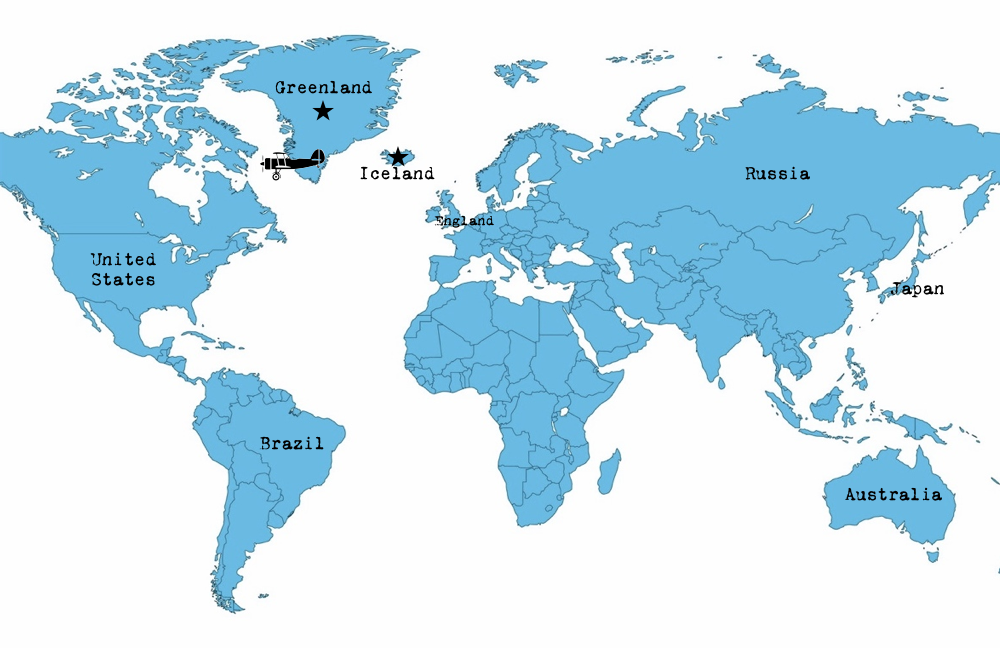