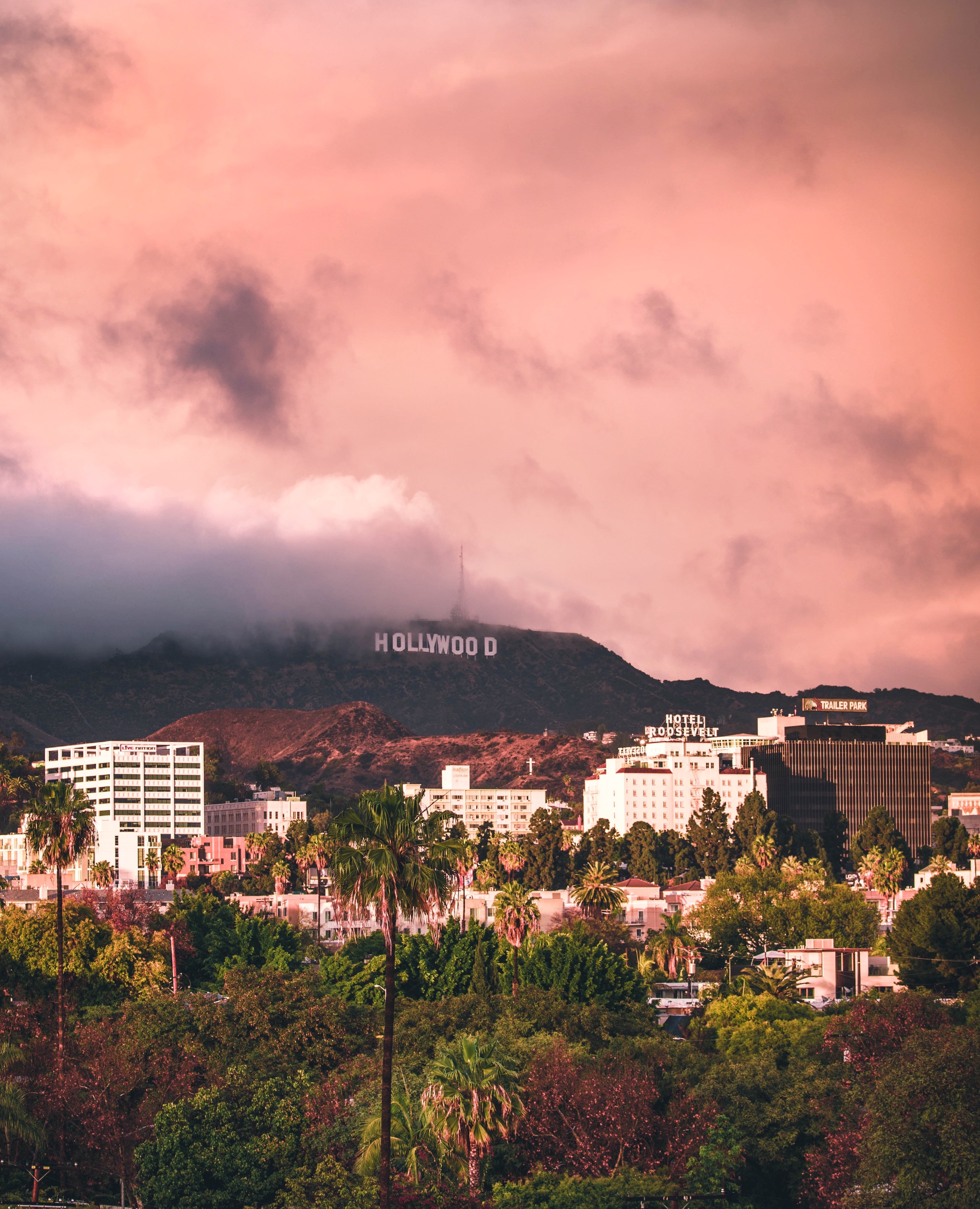 Nine enormous letters that stand high above Los Angeles, visible from most of L.A. as well as from the flight path into LAX. The sign represents the movie industry, Hollywood as it’s famously known. How and why did the sign happen?

It started as an outdoor ad campaign for a real estate development called Hollywoodland. It went up in 1923 and in its early days, the sign blinked. First, the HOLLY lit up, then the WOOD, then the LAND. The sign was only meant to stay up a year and a half and here we are, 90 years later and it’s still there. The LAND part is gone but the rest remains.

The sign has been refurbished a few times over the decades to keep it looking impressive. And that it does, to all the tourists who go to see it, and to anyone who just happens to fly by.