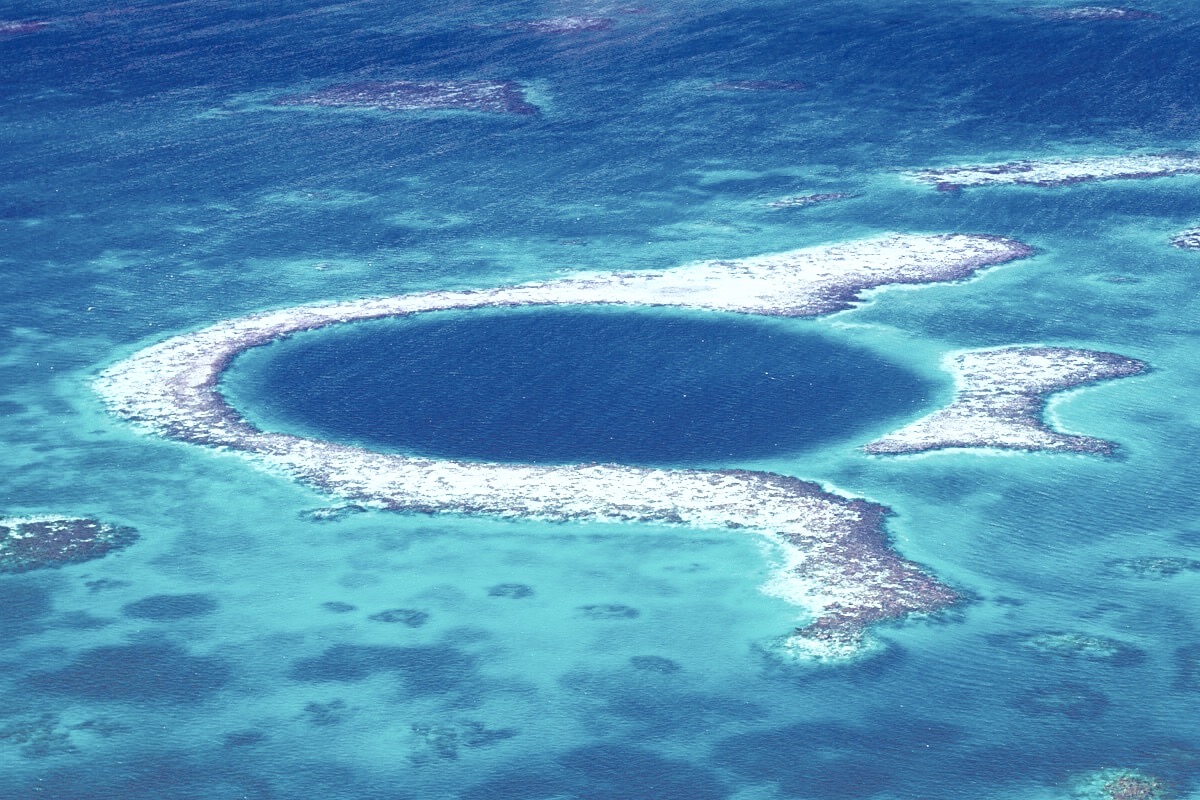 The Great Blue Hole is a submarine sinkhole off the coast of Belize. Four hundred feet deep and a thousand feet across, this wonder of nature is a journey through a cathedral of stalactites and stalagmites to a dark, watery depth.

So just how did The Great Blue Hole happen? Turns out that cavern was formed on land during the last ice age, tens of thousands of years ago. It started as a limestone cave that sunk when the ground collapsed and a giant circular hole formed –– which was then filled by the rising Caribbean Sea.

With the stunning contrast of dark against light, shallow against deep, nature has once again provided a masterpiece of nature, a true gem in the middle of the sea.