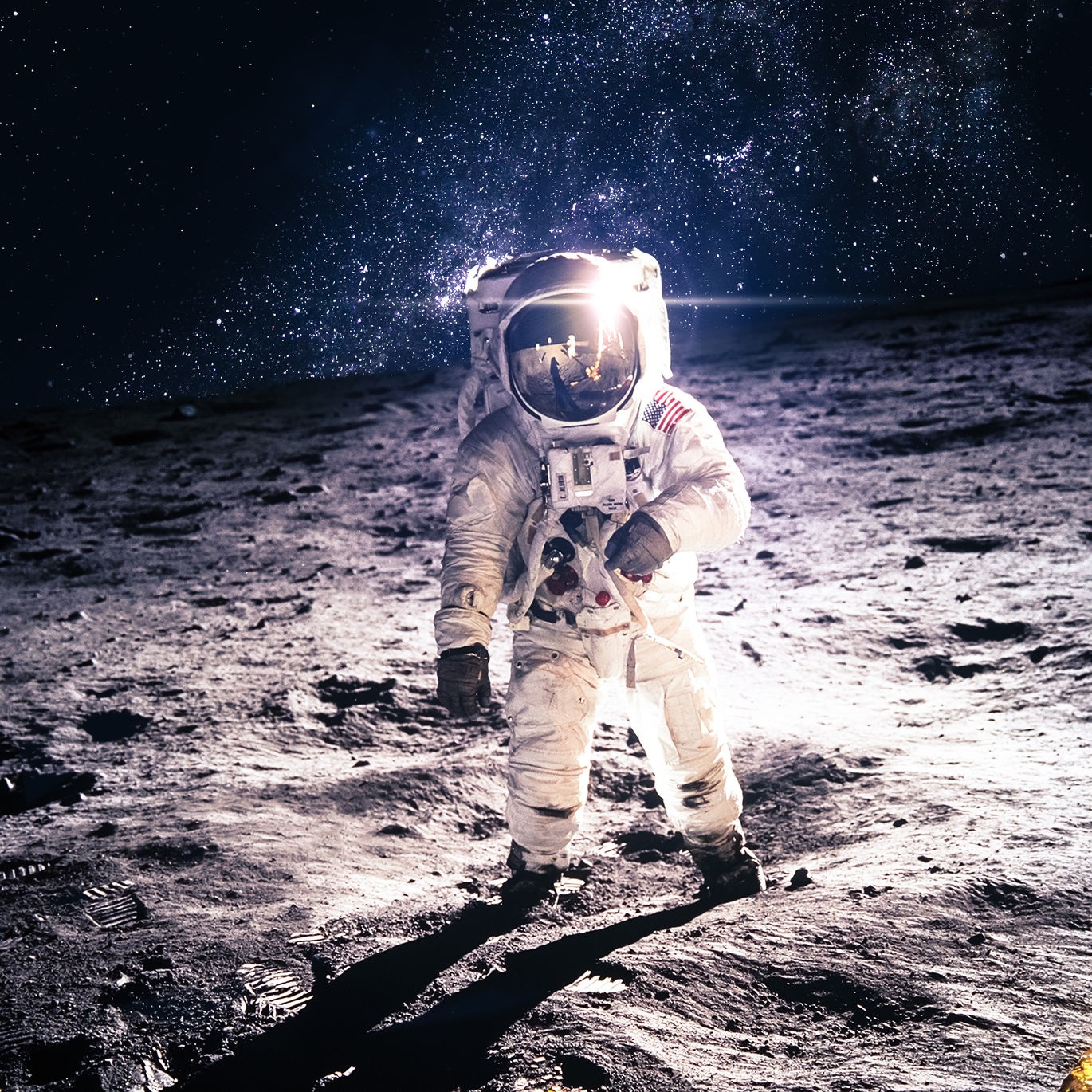 Footprints on the Moon

There are footprints on the moon, and chances are they’ll be there forever. Why?

The moon has no atmosphere. That means no wind and no water. And there’s no volcanic activity, so nothing shifts or shimmies. Without wind to blow them away, most scientists agree the footprints on the moon will last a million years or more.

Two things that can impact the moon’s surface are 1) meteorites, though these are rare; and 2) solar wind, which scours the surface but so slowly it would take millions of years to cause any real change.

So where did these footprints come from? Humankind. Astronaut Neil Armstrong was the first to put his footprint –– actually, his left boot –– on the moon. In 1969, the spacecraft Apollo 11 carrying three astronauts, Neil Armstrong, Edwin (Buzz) Aldrin and Michael Collins, were the first to visit the moon. Since then, a total of 12 men have walked on the moon, leaving behind a permanent impression of every step.

[Fun fact: Have you ever heard the phrase “the eagle has landed”? That phrase was first uttered when astronauts Armstrong and Aldrin landed the Apollo 11 Lunar Module called Eagle on the moon in 1969.]