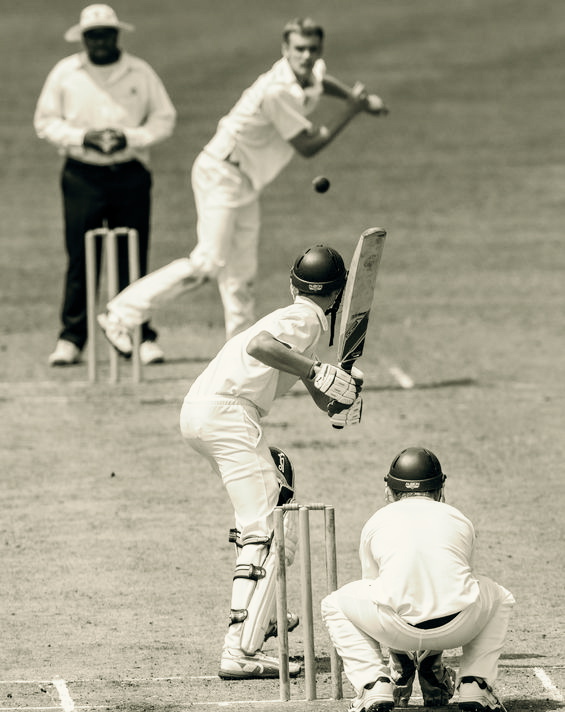 On to the second most popular sport in the world: cricket.

In case you’re not familiar, cricket is a bat-and-ball game –– kind of like American baseball and kind of not. It’s played between two teams of 11 players each. Each team takes turns at bat, trying to score runs, while the other team fields.

To help make cricket easier to understand, we thought we’d use baseball as a comparison. So here goes. Baseball is played on a diamond-shaped field and cricket is played on an oval field, with all the action taking place in a small rectangle within the large oval. Both involve a bat and a ball and trying to get the opposing team out. Like baseball, in cricket you hit the ball and the opposing team tries to throw you out.  And like baseball, you run to bases. But in cricket, there are only two bases and they’re called wickets — and you try to run back and forth between those wickets as many times as possible (scoring points) before you’re thrown out. In cricket, there’s a pitcher, but he’s called the bowler — and instead of throwing from a stopped position, he gets a running start and throws the ball overhand as hard as possible.

– cricket is a bat-and-ball game

– there are 11 players per team. Each team takes turns at bat, trying to score runs, while the other team fields

– there are two wickets (bases), three stumps (sticks), topped by another two sticks (bails) which the bowler tries to hit to get the batter out