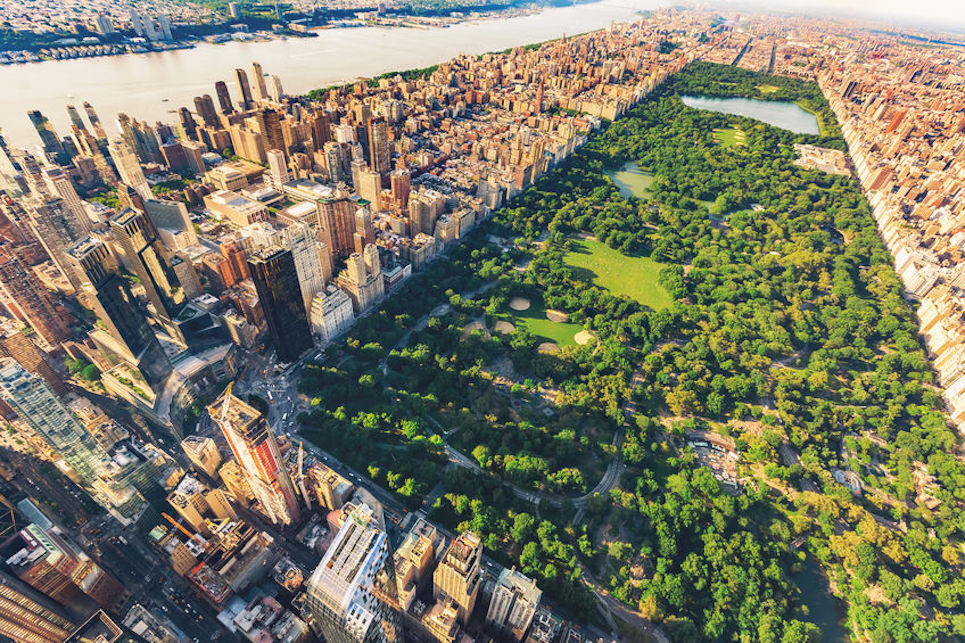 In the center of a city made of concrete and steel, is a giant rectangle of leafy green — New York’s Central Park, America’s ultimate urban park. Opened in 1857, the park is 843 acres, two and a half miles long and a half-mile wide –– bigger than the principality of Monaco, bigger than Vatican City.

Central Park might look like it’s always been there but in fact, it’s entirely man-made. The space where the park now sits was once filled with swamps and enormous rocks from glaciers that melted more than 12,000 years ago, leaving giant boulders behind. Enter two well-known landscape architects –– Frederick Law Olmsted and Calvert Vaux –– who won the commission to design the park. They set about to transform the rocky, swampy land into a leafy, green oasis by bringing in more than 10 million cubic yards of topsoil, along with 20,000 workers who planted hundreds of thousands of trees, shrubs, and vines.

Today, the park includes seven man-made lakes and ponds, 51 sculptures, 36 bridges and arches, seven fountains, a castle, a zoo, and an ice-skating rink. In the center of the park lies the Great Lawn, 55 acres of neatly mown grass, and one of the most famous lawns in the world. The yearly cost of park upkeep is more than 58 million dollars, the majority of which is covered by private funds raised by the Central Park Conservancy.

Not only is Central Park the first public park built in America, but it’s also one of the most frequently visited, with over 42 million people per year strolling its paths, sitting on one of its 9,000 benches, or enjoying the shade of its 20,000-plus trees. It’s a spot of nature, a breath of fresh air, and a bright swath of green in the center of bustling Manhattan.