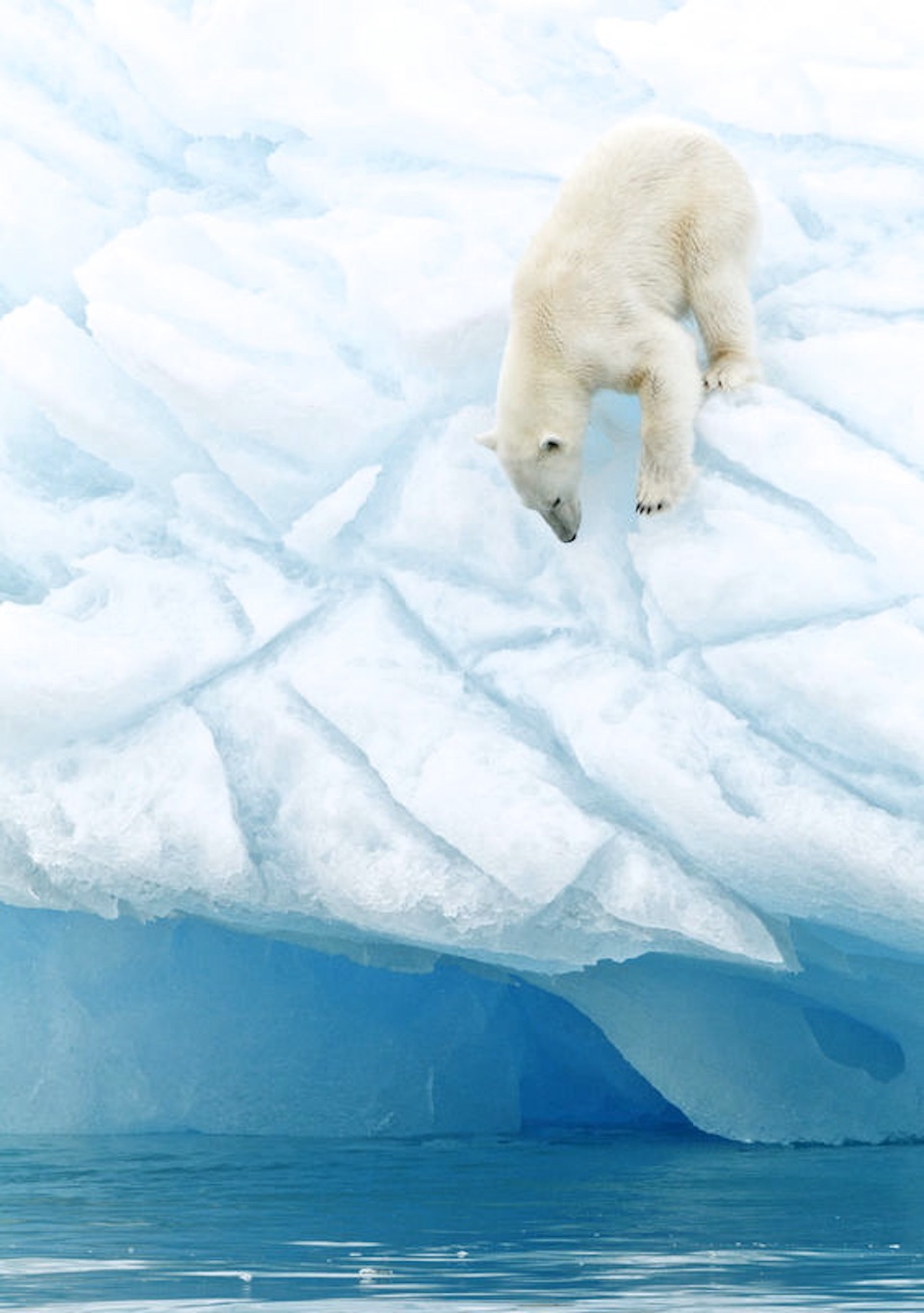 Captain of the Swim Team

Paddle Paws here is a stealth swimmer –– especially for a 1,000-pound bear.

Surprisingly, polar bears are exceptional swimmers. Their distinct silhouette includes a streamlined snout, massive clawed paws (up to 12 inches across and webbed in front for greater traction on land and sea), and a built-in wetsuit –– a 4.5 inch layer of blubber under their skin that keeps them warm in the water.

Polar bears might have been designed to swim but they weren’t built for speed. Instead, polar bears are endurance swimmers, usually moving slowly and methodically to conserve energy.  Their slow-lane approach has them reaching top speeds of just 6 mph in water and 25 mph on land –– but impressive in distance: they’ve been recorded swimming more than 400 miles non-stop for ten days straight.

Why so much water time? It comes with the territory and the fact that these uber-large carnivores depend on a steady diet of seals.  They live on ice floats in the Arctic and spend most of their time at sea –– hunting.  Polar bears are the largest carnivores (meat eaters) in the world and are the largest of all bears, with males weighing up to 1500 lbs and female polar bears weighing about half that much.

A few fascinating polar bear facts: they actually have black skin and although their fur appears white, it’s transparent. It looks white because the hair shafts are hollow, reflecting light the same way ice and snow do. Polar bears are found only in the Arctic. They travel the advancing and retreating sea ice all year long, never hibernating, and often covering distances of thousands of miles per year to find food. While their swimming stamina is impressive, it’s simply an example of how polar bears are having to adapt to the rapidly changing Arctic environment. Their sea ice hunting grounds are melting, forcing them to swim further and further distances. They are currently listed as a threatened species under the Endangered Species Act.