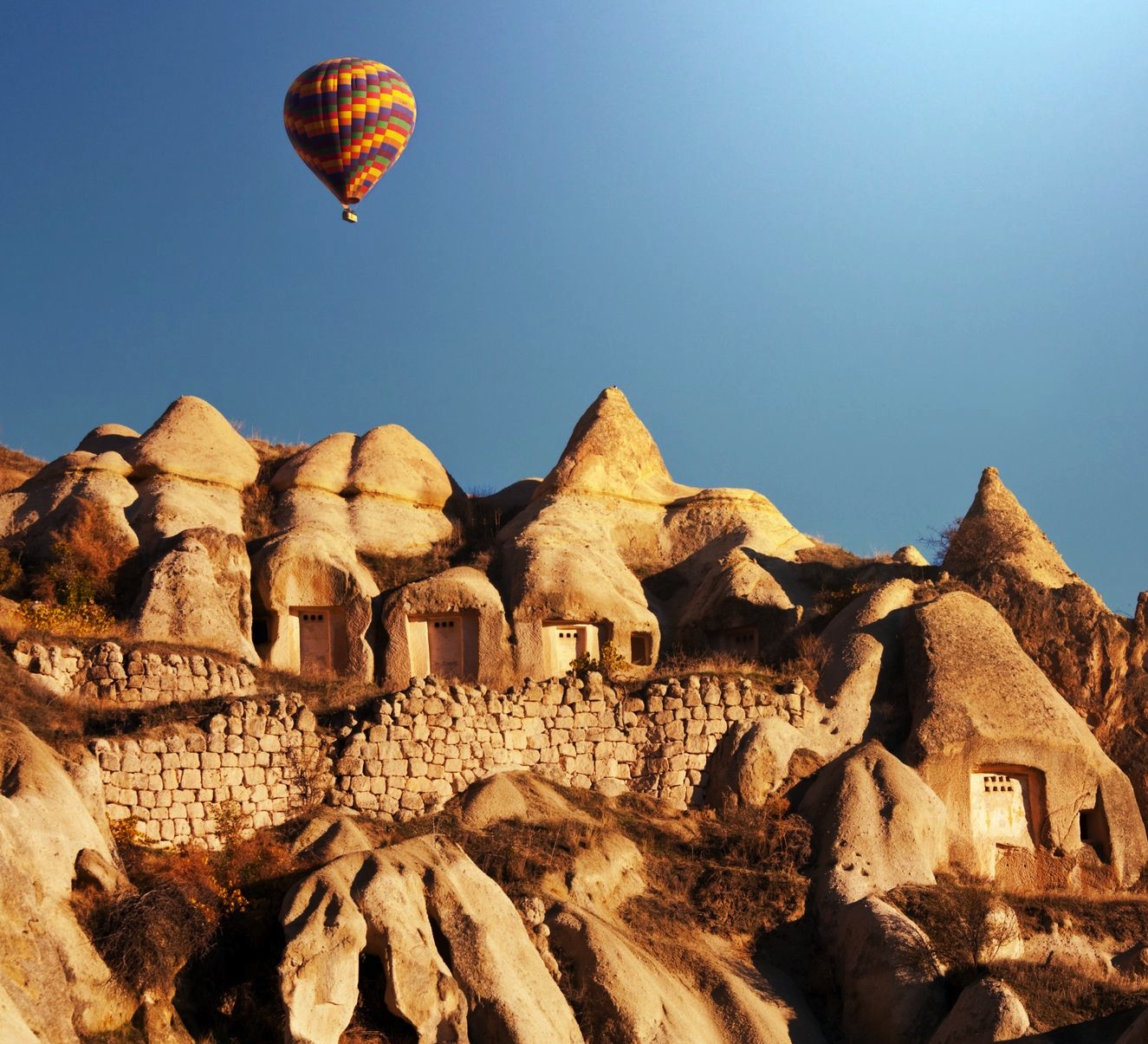 It looks like a fairytale. Or perhaps another planet. A chiseled tan landscape made entirely of stone, with hillsides covered in mushroom-topped cottages. Can you guess it?

It’s Cappadocia (kappa-dosha), a region in Central Turkey, famous for the stone fairy houses shown above –– which are not really stone fairy houses at all, but rather homes to several civilizations going back more than a thousand years.

So how did that unusual landscape form? Millions of years ago, a series of volcanic eruptions covered the region with layers of thick ash, which then turned into soft rock (called tuff). Erosion created the unique landscape, including the fairy chimney rock formations that Cappadocia is famous for. The soft rock was easy to carve and made it possible for the Cappadocians to create above and below-ground structures. The above-ground structures included their mushroom-topped homes, and below was an underground city, complete with a series of tunnels that connected each home and which they used to escape from invaders.

A fascinating and historic feast for the eyes and imagination –– and probably one of the best places for hide and seek we’ve ever seen.

[Check out the map below] 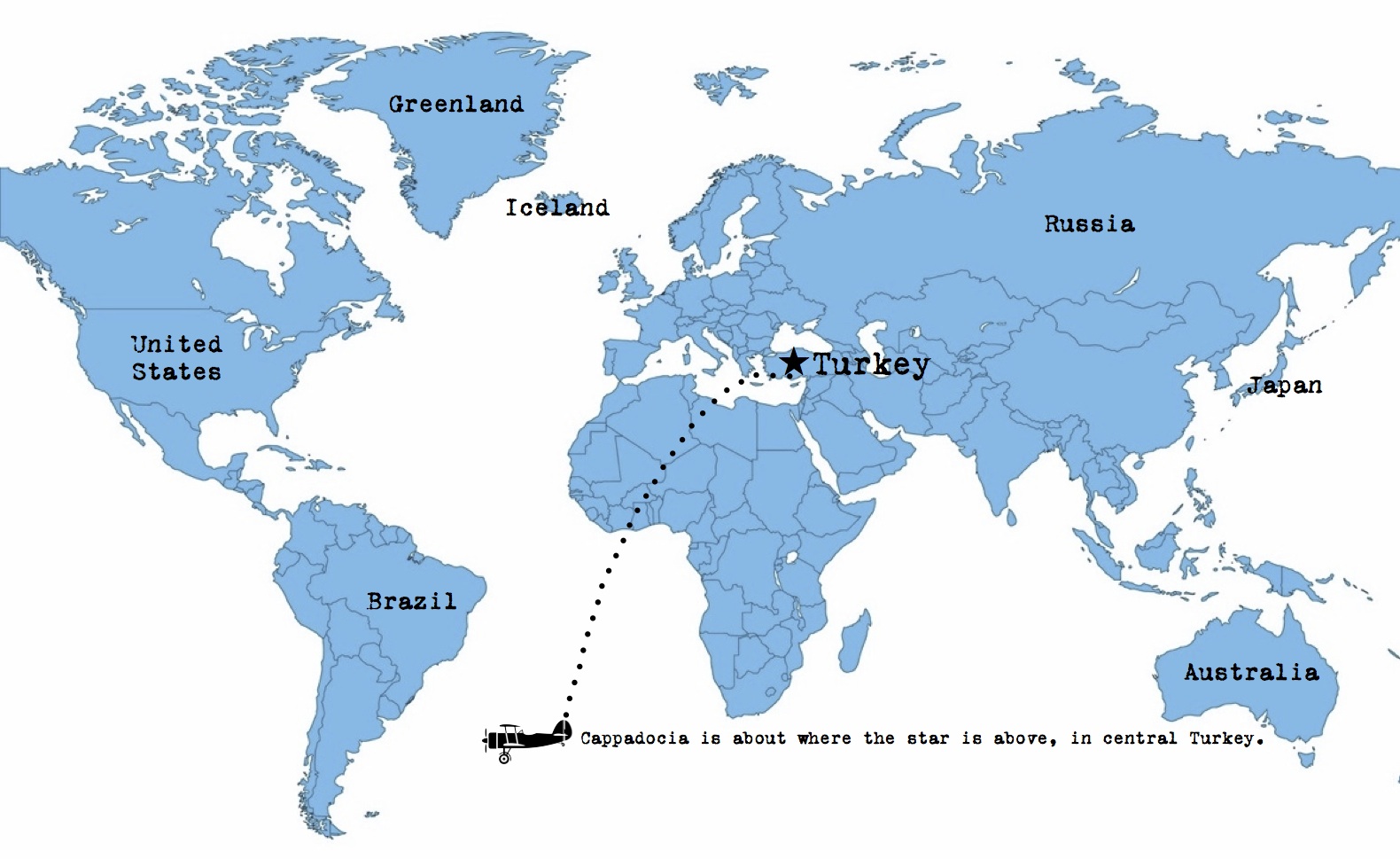