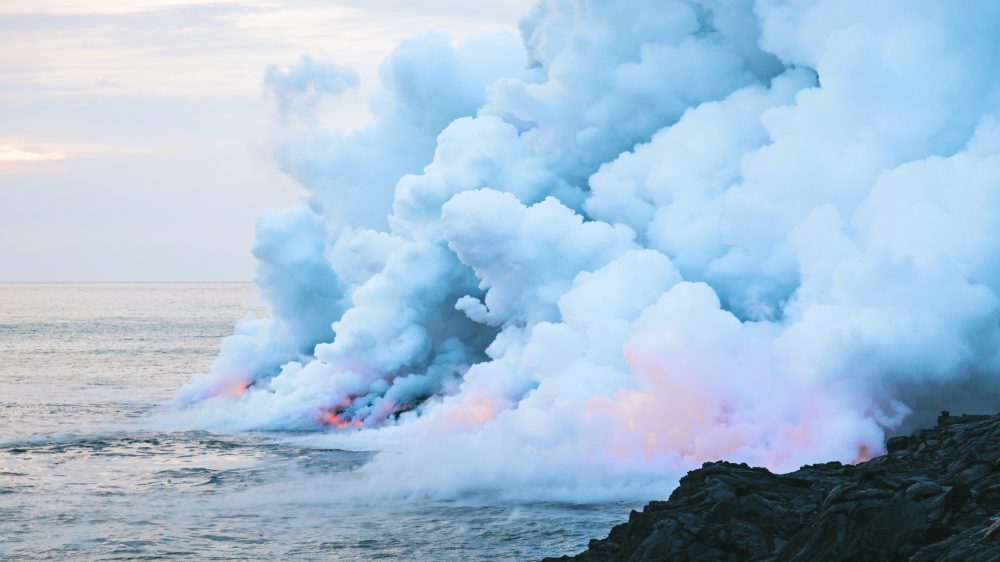 Imagine a world so hot that mountains of rock melt into flaming and explosive lava; a place where temperatures are so high (10,000+ degrees Fahrenheit) that melted rock and gas form like a geological temper tantrum, eventually rising to the surface and exploding. That explosive world does exist and it’s called a volcano.

Millions of people around the world live within dangerous reach of volcanoes. Scientists are constantly monitoring the risks of active (yep, it’s going to erupt) and dormant (nope, not likely to erupt) volcanoes. And history is full of stories of famous erupting volcanoes and villages destroyed in the wake of ash and lava. Think Mount Vesuvius in Italy, Mount Fuji in Japan, and Mount Krakatoa in Indonesia.

A quick review of the language of volcanoes, starting with the three main types: shield –– broad and domed with sloping sides; composite –– tall and symmetrically shaped with steep sides; and cinder cone –– a conical shaped volcano with a bowl-shaped crater at the summit. Inside, the depths of the volcano are filled with hot, molten (melted) rock called magma, liquefied by geothermal energy — the heat from the core of the earth. But once the magma erupts up to the earth’s surface, it’s called lava, which can initially be as hot as 2,000 degrees Fahrenheit. Hefty explosions of volcanic ash are common with sprays of red, hot lava.

There are active volcanoes all around the world. One of the most active is Mount Kilauea on the Big Island of Hawaii, a shield volcano that is currently erupting and has been for the last 30 years –– with, according to scientists, no end in sight.